Alan started using FileMaker back in College and has used FileMaker in every job after that. He has run his own company and worked for big FileMaker partners over the years as a developer, trainer, and team lead. He has a beautiful family, and when not spending quality time with them, you will find him reading (mostly fiction and comics), woodworking, biking, and fishing.

Learn more about our Tech Lead, Alan Kirtlink below.

– What inspired you to pursue the career you have today?

My parents are farmers, so when it was time for me to find my own career, I wanted one with the type of autonomy my dad had. During certain times of year, he would work really long hours, but he could be home and close to family most of the time.

I started out working for myself and eventually migrated to working at other custom development companies, so I could have the freedom to work on big, interesting projects, but still have the flexibility to be close to home.

– How would you describe your job to a bunch of five-year-olds?

I usually tell them that I’m a secret agent or a cowboy.

I’m getting to spend some of my time working as a trainer again, which I’ve missed over the last several years. It’s fun to see the lights come on for people learning new skills.

– What upcoming technological innovation will dramatically impact our industry in the next few years?

I’m excited about 5G and other high speed, wireless internet technologies. I think they have the potential to shake up how and where we work from and the devices that we are able to connect to.

– What’s the best advice you can give to someone trying to get their FileMaker 20 certification?

Don’t be afraid to take the test and fail. Take the test as soon as you think you have any chance of passing and if you find you aren’t doing well, just relax and focus on learning what types of questions they’re asking, so you know what to study for next time.

Assuming that flight and telekinesis are not options here, I would want to be able to play piano or guitar. I’ve never had any luck learning a musical instrument.

– How did you get into woodworking?

This kind of builds on my last answer. I’ve never been able to master anything musical, but woodworking gives me the ability to keep reworking a piece until it satisfies me. It’s like programming that way. I also like the permanence of it. Any code that I write is unlikely to be in use 30 years from now, but I like the idea of making a piece that can be handed down from my kids to theirs. 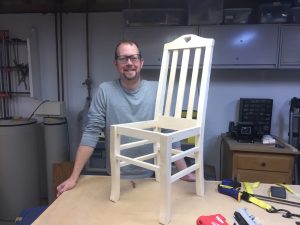 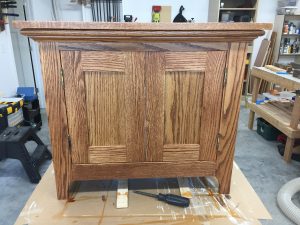 – What’s the best meal you’ve ever had?

It’s hard to beat a really good steak and a baked potato, especially with a good scotch. I keep trying more sophisticated dishes, but this remains my favorite.

– Do you have traditions in your family?

We have quite a few with our kids. Every Friday before school is doughnut day, and when we sit down for dinner, we always go around and ask each person what the best and worst part of their day has been.

– Which one has better comics DC or Marvel and why?

I could nerd out on this question for an embarrassingly long time, but I will try and keep it short. I really like the movies that Marvel has made over the last 10 years, and it’s interesting that the live action shows are now where the characters’ stories are being developed. The downside of this is that the comics for both Marvel and DC seem to be stagnant. Nothing changes in the comics because they don’t want to mess it up for the movies.

I think the interesting writing these days is happening at the smaller comic companies like Image and Dark Horse.

Danielle makes things happen, driving opportunities for Codence by facilitating cross-functional marketing, branding, and growth initiatives. She holds a Bachelor of Arts degree in Business Administration and Marketing from San Francisco State University. On her time off, she enjoys spending time with her husband, son, and English bulldog. (Danielle is an Independent Contractor working with Codence.)